ScrewFast designed, manufactured, shipped and installed 428 helical piles for the Tokyo Olympics in 2019, before the pandemic postponed proceedings.

The piles, connected into different grillage arrangements from single piles up to eight pile groups, including vertical and raked piles, support lattice towers which in turn hold up frames for the ballistic nets, combined and finals ranges for the Olympic shooting venues.

During the 17-week programme, three ScrewFast staff, Will Harris, Matt Woods and Rob Day, visited Tokyo to install the piles, with support from a local team of labourers, excavators and telehandlers.

From the very beginning this project challenged the team. The very design of the piles needed to carefully considered, owing to the different conditions in Tokyo, including the weather and ground.

Ground conditions were investigated by a local team, with borehole results translated from Japanese for the ScrewFast design team.

Set in volcanic soils, the piles were designed to deal with both seismic load conditions – large over-turning moments as well as high compression and tension loads – and to withstand a typhoon.

In fact, Typhoon Hagibis – the biggest storm in 60-years – passed through after the towers were built.

Transporting the bespoke helical piles plus ScrewFast’s specialist equipment from the UK to Japan was a challenge, but client ESG organised everything.

Owing to the different time zones, the ScrewFast team back in the UK regularly worked nights to ensure that someone was on call during installations. 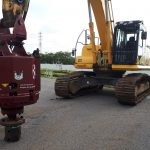 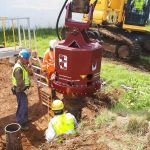 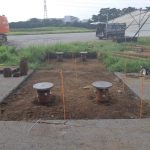 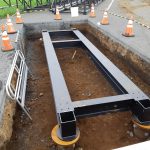 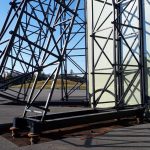 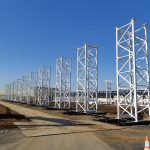 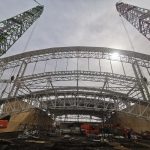 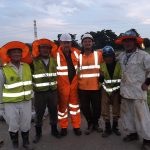 ScrewFast were approached by the client to provide a foundation solution for a 9.5m high...

ScrewFast have been providing fast, reliable screw pile and steel based foundations on highways and road since 2005, reducing the project duration by up to 70%.

Helical piles have proven the most cost effective foundation method on rail since 2003, being used extensively for the majority of structures including;.

Helical piles have proven the most cost effective foundation method on rail since 2003, being used extensively for the majority of structures including;.

All sectors within the Civil Engineering industry can take advantage of the benefits of ScrewFast Foundations’ screw piled and steel foundation solutions.