Piling Companies: Changing Building & How We Treat the Earth

Changing the Landscape of Olympic Wastelands

The remains of Olympic stadiums have received a lot of negative press.  In a 2014 Guardian article, an abandoned £7 billion Olympic venue in Athens is featured in some sobering photographs.

Enormous single-use structures are being built and then abandoned: the result is money invested in a massive addition to our carbon imprint.  It’s no surprise that people have made entire art installations lamenting these wastelands.  Athens Olympic Stadium was built in 2004 at the height of their economy.  Ten years later the site seats and structural foundations are rotting in the ground.  What can be done? 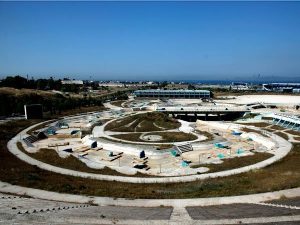 The Changing Landscape of Building

How Piling Companies Are Making a Difference

Geotechnical engineering has enabled piling companies such as ScrewFast Ltd to offer a removable, recyclable alternative to concrete foundations that is cost effective and quickly installed.  Best of all, the equipment is removable and reusable.

Not only are pile foundations recyclable but the installation process is kinder to the environment.  There is no vibration.  The piling system maximises soil stabilisation and achieves best practice outcomes.  Concrete isn’t needed.

There is also virtually no waste and no need to remove excess soil on site.  This eliminates the ‘dig and dump’ mentality that has turned Olympic Arenas throughout the world into abandoned structural wastelands.

How Do Piling System Solutions Work?

Piling solutions such as helical piles are designed to suit ground conditions.  Helical piles are steel shafts with steel plates welded onto them.  They are screwed into the ground by hydraulic power drilling equipment.  They can also be connected using a steel load transfer grillage.

With helical piles, there is no need for soil displacement or concrete.  This is a major change in the direction of building that has resurfaced in the UK in since the year 2000 and has continued to gain momentum in the building industry.  The future is anyone’s guess.  Meanwhile, we are reducing our impact on the earth’s surface 20,000 recyclable seats at a time.